Lucanus cervus, is named after the appearance of the male: a large beetle with impressive jaws resembling antlers of a deer. These jaws are a weird creation of evolution as they are used to impress and fight with male competitors. Sometimes they even scare away predators such as woodpeckers and owls.

While the males can be between 4 and 9 cm long, females are smaller around 3 to 4 cm. Also, females have much smaller jaws. Sometimes the female can be confused with other species. Here is described how to distinguish them from other species with a similar appearance. 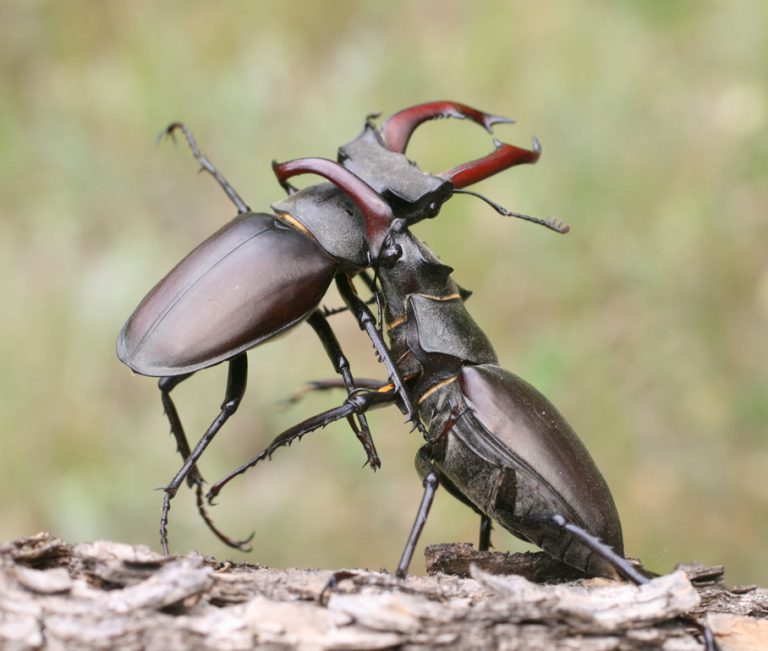 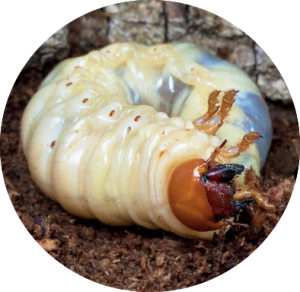 Female adults lay eggs next to buried dead woody materials, on which the larvae will feed. It is important that the wood is moldy and moist, and in direct contact with the soil. In addition, sun exposure is also important, so the soil can warm up sufficiently. For a long time, it was believed that the stag beetle is typical for old oak forests, but larvae have been found in places such as old orchards, parks, roadside trees, railway sleepers and other dead wood in gardens. So you may wonder why this beetle became so rare. Its prerequisite is habitat continuity: stag beetles are found at places where dead wood was continuously available during the last centuries.

The beetle lives most of its life underground. It first lives one or more years as a blind larva, growing up to 10 cm while building up fat. When fully grown, its color changes from white to yellowish. Finally, the larva will make a cocoon and undergo a metamorphosis. In a few weeks, it becomes an adult (it is then called an imago). 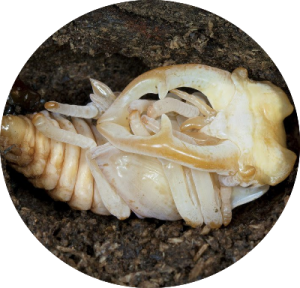 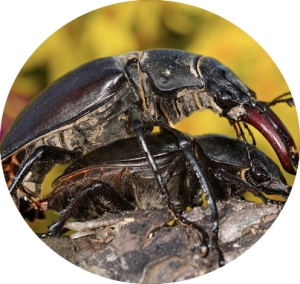 The adult beetle will wait inside the underground cocoon until next spring to fly out. Once an adult, the stag beetle is not able to eat anymore. It is only able to suck up juices from tree wounds or rotten fruit. Male adults only live for a few weeks. Females live a bit longer, up to a couple of months. The mating season starts around June. On warm summer evenings, the males start flying around sunset, whirring around, searching for females. Their bodies are not particularly aerodynamic, so they have an extremely clumsy way of flying. They can only fly in a vertical position, due to their heavy antler-like jaws. Hopefully the males find females to mate with, so the circle of life can start again.

On the interactive map below, the geographical range is defined within the green line. This area is the most probable natural range of the European stag beetle on land areas. However, within this area there would be obvious variations in local density because of habitat micro-environments.